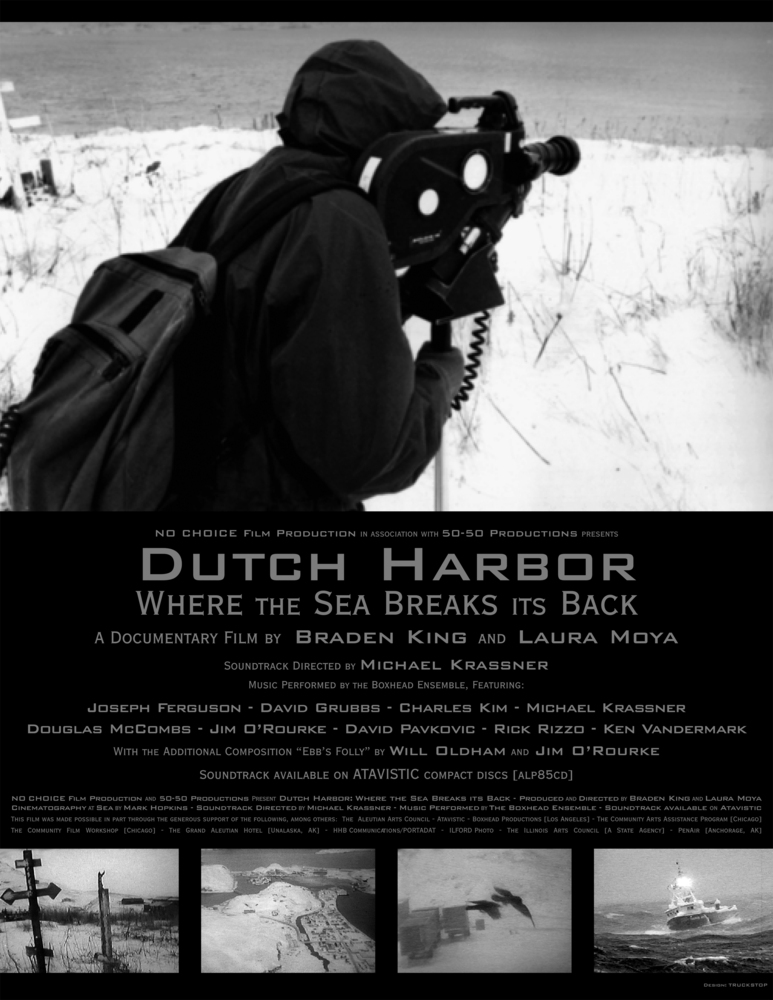 The Last Place to Go

DUTCH HARBOR: WHERE THE SEA BREAKS ITS BACK is a lyric, non-fiction meditation on the life and landscape of an Aleutian Island community off the West Coast of Alaska. The film screened in over 20 international film festivals and toured internationally with live, improvised soundtrack accompaniment by the critically-acclaimed Boxhead Ensemble. Released theatrically by E.D. Distribution, several related soundtrack and live albums are available on Atavistic Records.